The humble combination of white sugar, gelatine, glucose and water can create many wonders of things. From rolled, to poured, sculpting and gumpaste, fondant has a come a long way from its beginning as a rare 16th Century French delicacy that was eaten on its own.

The word fondant comes from the French word ‘fondre’, the word for melt. The same origin of ‘fondue’. Presumably named so because of the way it melts in the mouth.

Originally, fondant was made from rosewater, lemon juice, sugar, egg white and gum paste. Because of the rarity and high costs of white sugar at the time fondant became a delicacy and candy in its own right.

It was only later on that fondant was adapted to be used as a cake topping. Even still, it was not until the 20th century that fondant became accessible and wildly popular amongst bakers. 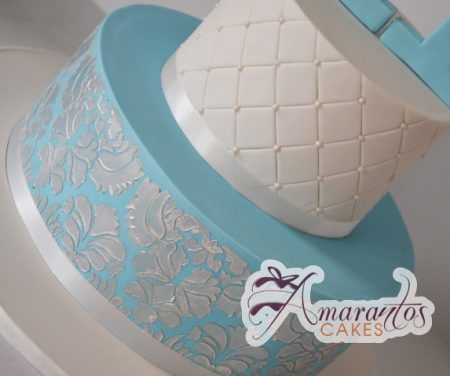 Before the proliferation of rolled fondant in the 1950’s, fondant was used warm. Wherein bakers would dip the cake into the fondant and allow it to set. It was in the 1950’s when bakers started kneading and working the fondant into a creamy malleable consistency that fondant truly met its potential. After working the fondant, the bakers let it cool. Thereafter it can be rolled and draped over the cake. This is now arguably the most popular way to decorate a cake. Particularly cakes for special occasions. Primarily because fondant is so malleable it can be shaped into any number of wonderful creations.

Possibly the most common and versatile version of modern fondant rolled fondant has the consistency of malleable clay. For years, fondant has been used to make all manner of wonderful shapes. The most common are undoubtedly the humble floral decorations of wedding cakes. However, baking trends have seen a number of trends and novelty reinventions. Many people will have fond memories of novelty birthday cakes in the shape of princesses, cars, cartoon characters and any number of childhood familiarities.

Very similar to rolled fondant, sculpting fondant is of a slightly thicker consistency. Making it ideal for more intricate and larger free standing sculptures. Modern cake trends in Melbourne and around the world have seen fondant become shaped into almost anything. From additional small details to realistic 3D sculptures of cartoon characters, and well, just about anything you can imagine sculpting with clay. The possibilities are virtually boundless.

Typically known as the petits fours icing, poured fondant is not as thick in consistency nor worked into a dough like substance like the other fondant varieties. As the name suggests, poured fondant is make to the consistency of liquid which is then poured over cakes, typically cupcakes or smaller. In order to create a thin layer of satin-like icing.

Modern bakers have taken the tools of the past and are consistently running off into the wind with them. Every year we are seeing Melbourne and worldwide trends which seem to take the world of fondant cakes from one extreme to the next. With cake decorating becoming more and more an art, bakers are now stretching the limits of colour. Adding hues never seen before, creating effects of marble, gems, watercolour, and more.

All of which could not be possible without the help of the humble but hard working fondant. If you are looking for a customised, wow-inducing cake for you next birthday, function, wedding or special occasion in Melbourne. Then you need to contact the team at Amarantos cakes, the fondant artists can help to bring your imagination to life.